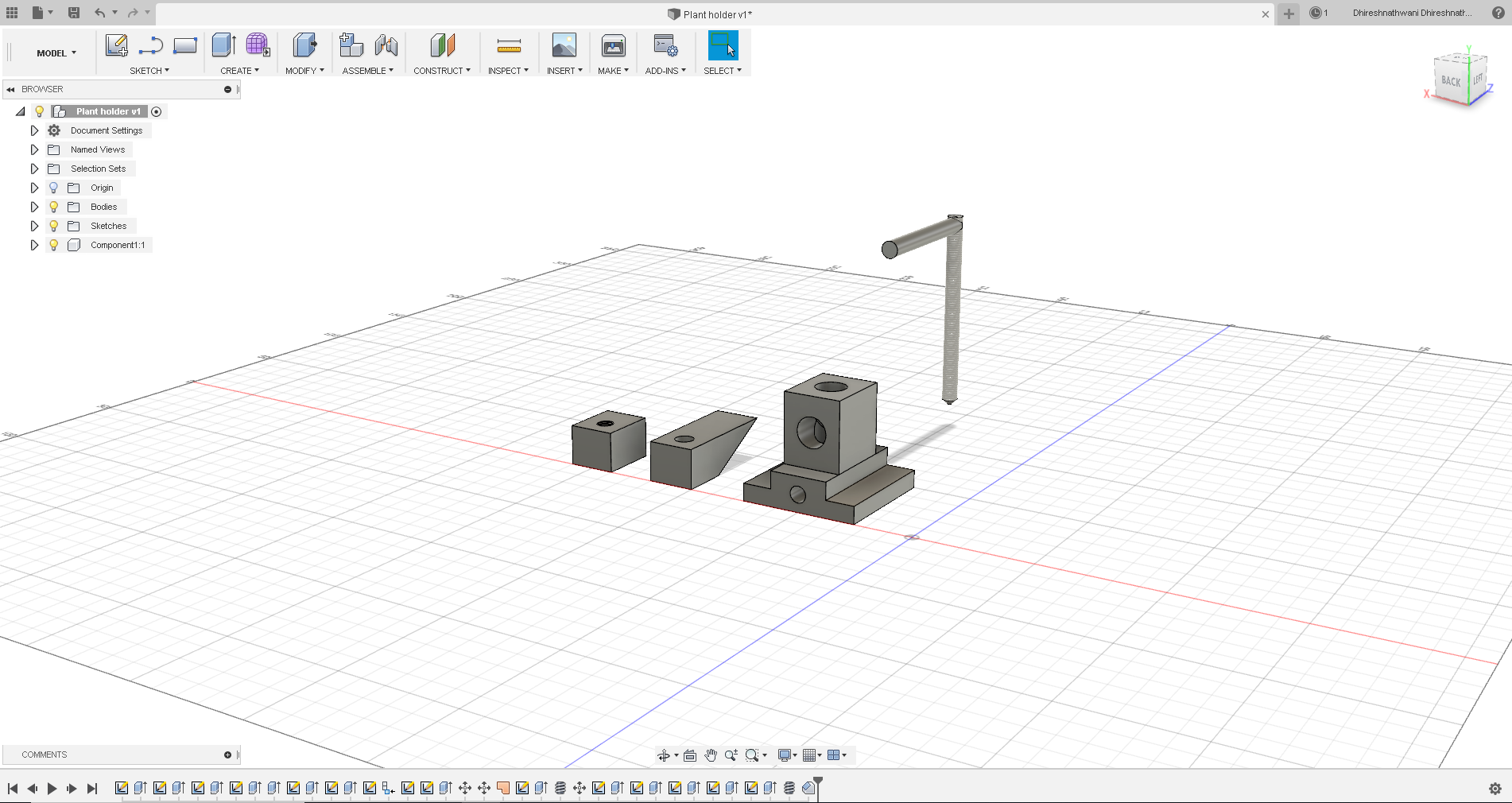 I wanted to explore the designing part of 3D Printing and by ensuring I knew how to design simple objects, I could then, later develop a new understanding for mechanical systems. I started out by cloning IKEA's design for clamping a lamp to the edge of a table. The simple design has been proven and it does not need any complex parts to function.

By using a simple object, I was able to make sure that it was easy to 3D Print, with prototyping in mind and how quickly I would be able to have these objects physically. Different parts of the design meant that it was easy to follow and using DFMA (Design For Manufacture And Assembly) I was able to make the process more efficient and less manual. 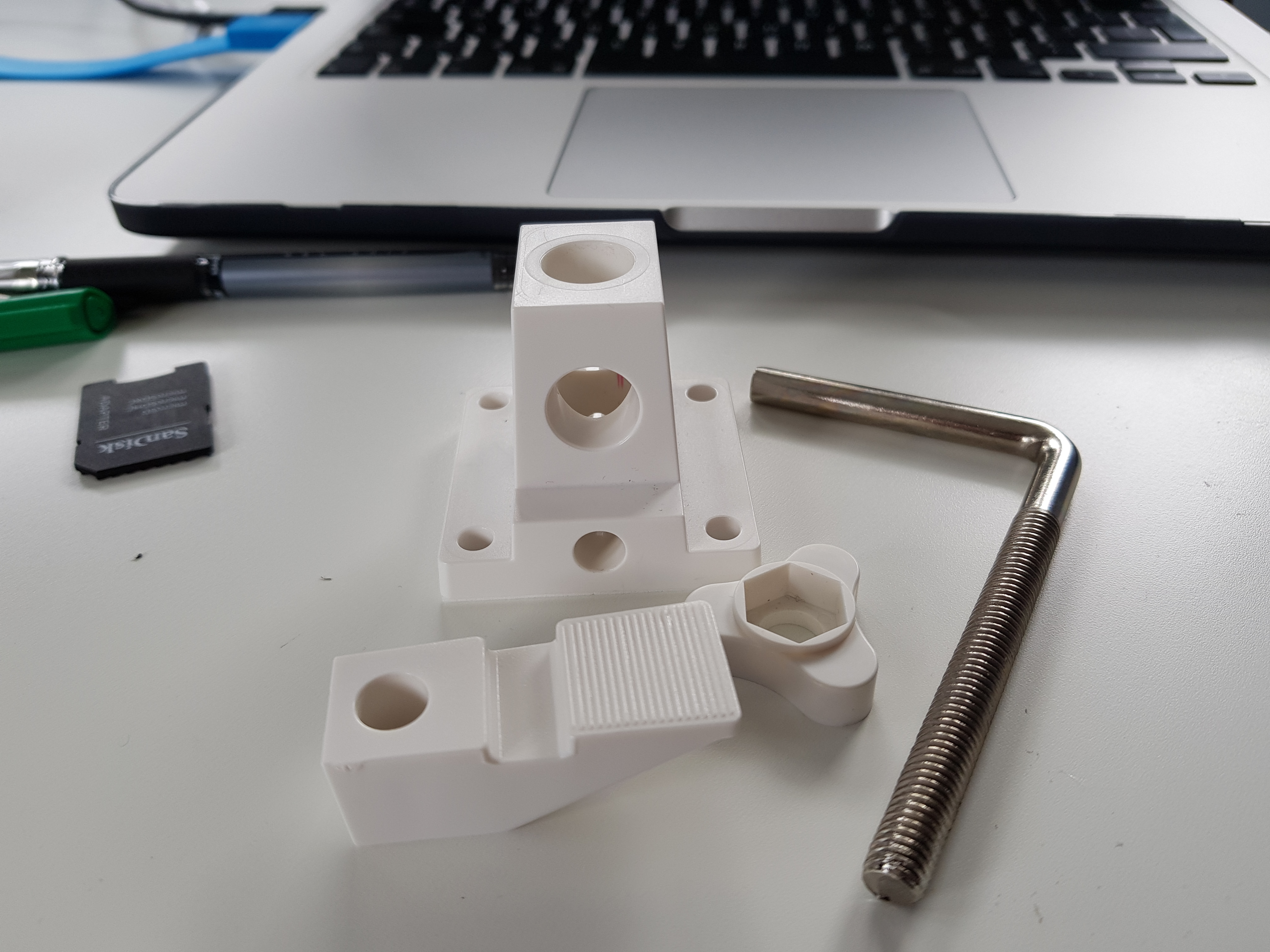 The IKEA components dismantled gave me an understanding of how they all went together and in what order they should be manufactured. The threaded component proved difficult to the 3D Printer as it could not accurately print the thread without warping and overlapping the helix shape. Hence why I bought a tap and die set so that I could 3D Print cylindrical objects and then use the tap and die set to thread different components. 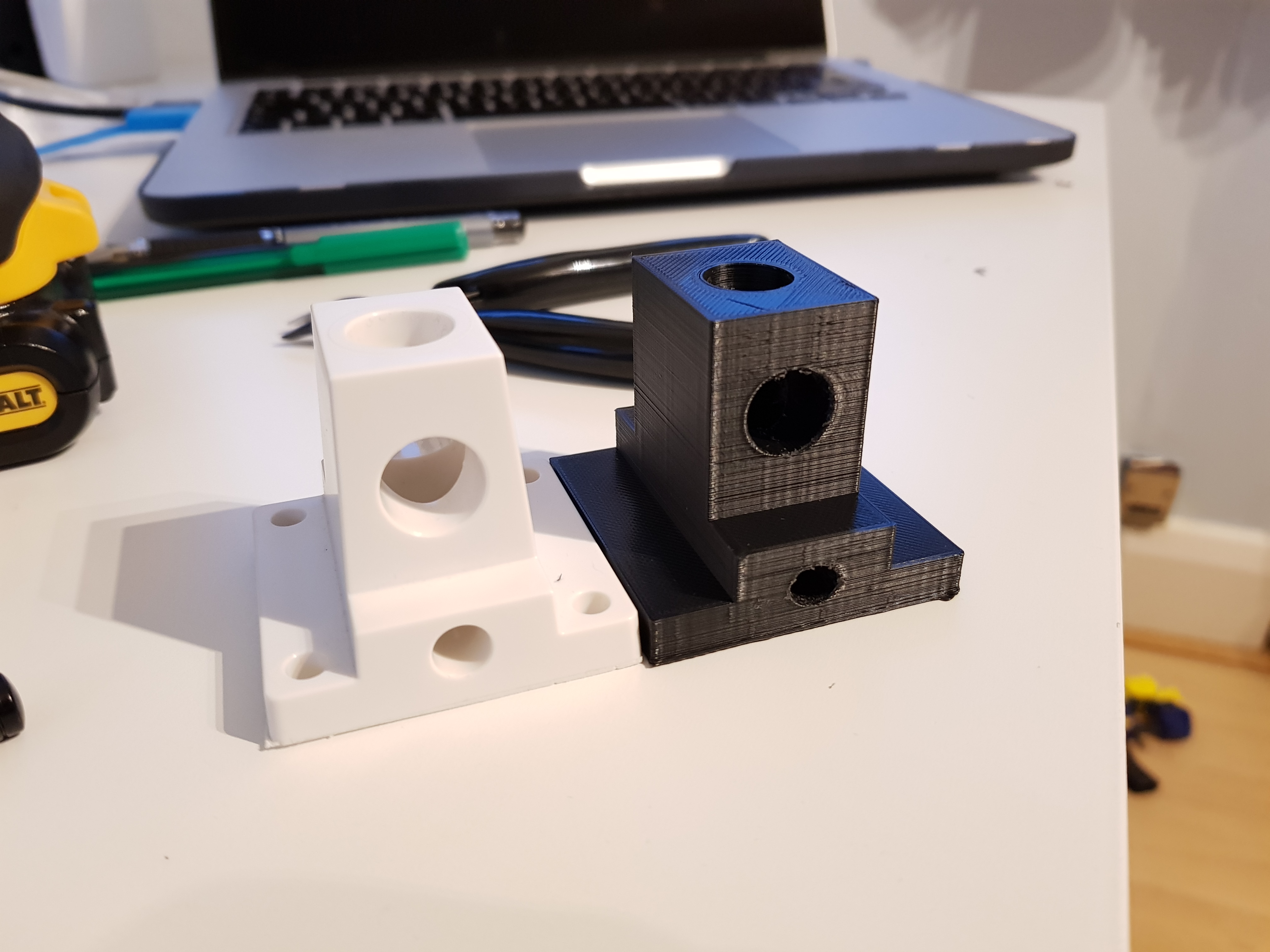 The first component that was printed was the main block that centralised all the other components, I wanted to pick the easiest piece to print so if there were any problems with this block, I could eliminate the problems early on in the design phase. The piece came out really well other than the horizontal circles that ran through the block, these did not print as well as I hoped but due to the overhang angle, I wanted to change the design to allow for a hexagonal hole so that the overhang angle was much less. This smaller angle could mean a decrease in the print time and increase in ease-of-manufacture.

Testing out the tap and die set on sample components that were 3D printed, allowed me to gauge an idea on how the pieces could fit together and also to ensure that the 3D Printing side of the design would work well. 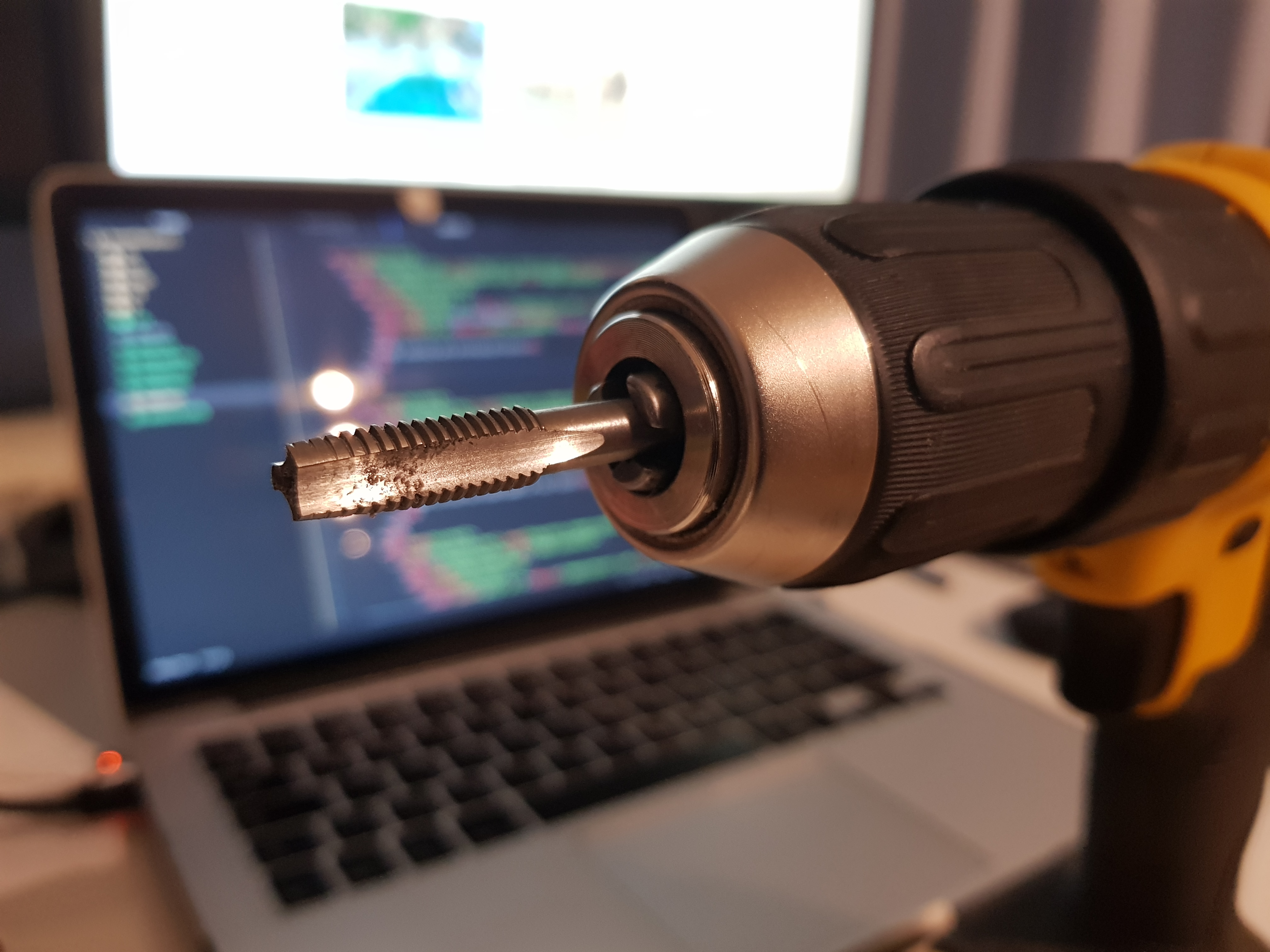 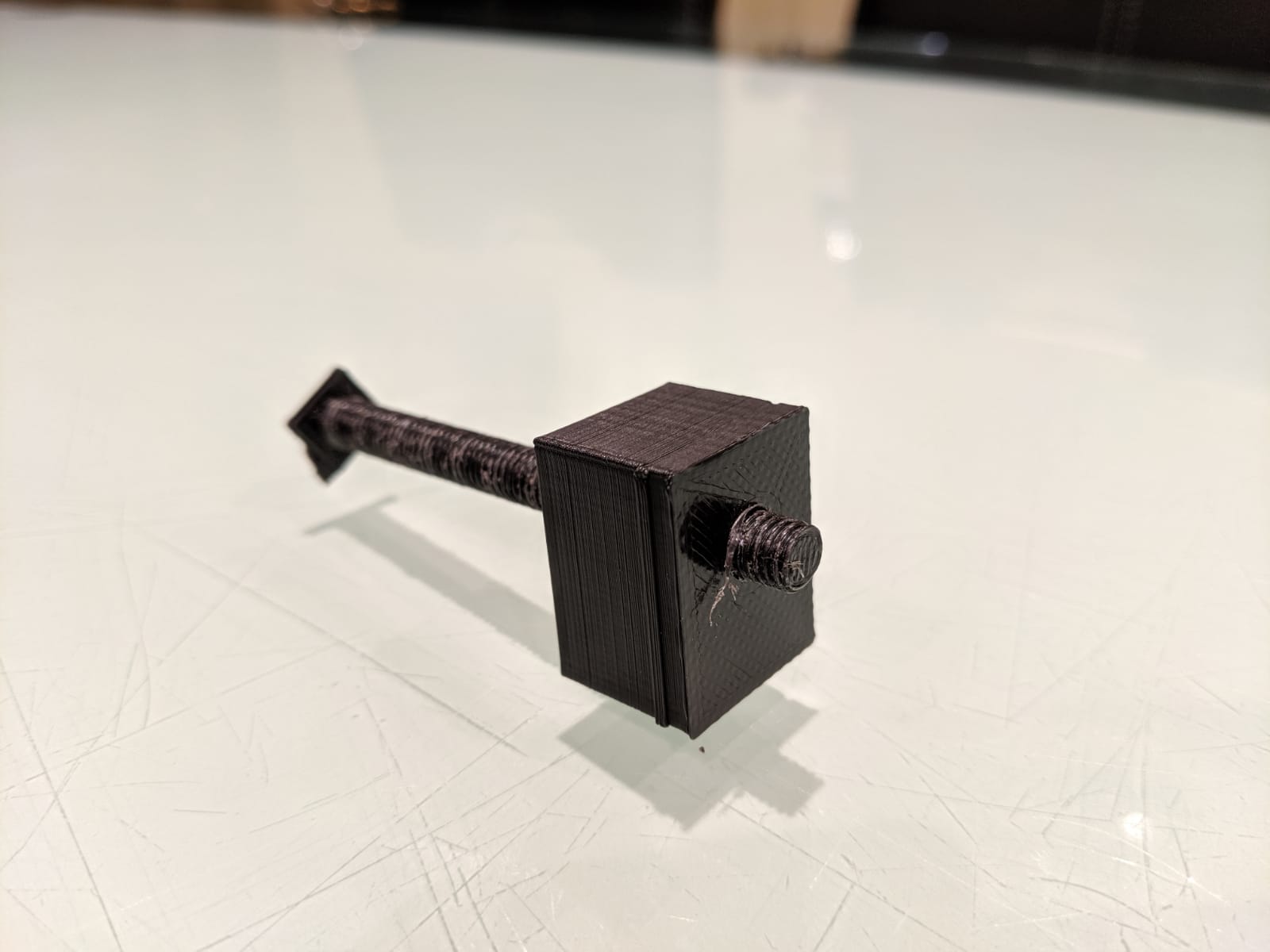